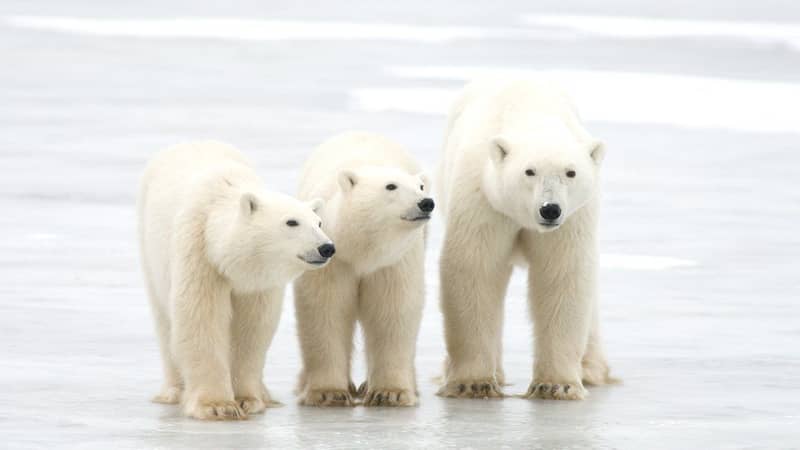 It’s hard to imagine a world without polar bears. For centuries, they have been an enduring symbol of the Arctic, a majestically powerful creature evoking both wonder and fear. But today, polar bears find themselves on the brink of extinction. The most recent estimate suggests that only about 26,000 polar bears are left in the wild—a dramatic decline from the estimated 50,000 that roamed the Arctic just four decades ago. So, why are polar bears endangered?

So what’s causing this rapid decline?

The primary threat to polar bears is climate change. As global temperatures rise, the sea ice that polar bears depend on for survival is melting away. Polar bears spend most of their lives on the sea ice, using it as a platform to hunt for their main food source: seals. They also use sea ice to travel long distances and mate. As the sea ice disappears, so does their ability to access food and reproduce. A 2017 study found that unless urgent action is taken to reduce greenhouse gas emissions and slow down climate change, two-thirds of the world’s polar bears could be gone by 2050.

What’s more, climate change isn’t just causing the sea ice to melt—it’s also making it thinner and weaker. This makes it harder for polar bears to travel long distances, which limits their ability to find food and mates. In fact, some female polar bears have been forced to fast for up to eight months each year because they can’t find enough seals to eat—leading to systemic health problems and higher cub mortality rates. All told, climate change is putting immense pressure on polar bear populations around the world.

And what can be done to save these majestic creatures?

Polar bears are one of the world’s most iconic animals—but they are also one of the most endangered. Climate change is causing the sea ice they rely on for survival to melt away, making it harder for them to find food and mate. If we don’t take urgent action to reduce greenhouse gas emissions and slow down climate change, two-thirds of the world’s polar bear population could be gone by 2050.

But there is still hope—we can save these magnificent creatures if we work together to reduce our reliance on fossil fuels and switch to renewable energy sources like solar and wind power. We can also support organizations working tirelessly to protect polar bears in the wild. By taking action now, we can ensure that future generations will be able live in a world with polar bears.